Mediation: Parties get to meet early on

I remember a case I did a few years back. The business dispute at the High Court was extremely litigious. Application after application, allegation after allegation. And this was between business partners who has started the business together and built it from scratch into a multi-million-dollar, international business spanning many industries and countries.

When offered the option of mediation, my client said he would never settle and wanted the matter to be as scrappy, painful, and expensive for the opposing party as possible. The cost was no object. I realized he wanted his pound of flesh early on. I also realized that over the last few months, the stress of the litigation was wearing him down. This was a good client for whom I had been acting for several matters over several years. I persisted and he relented. We went for mediation.

Now, this was in the context of a High Court Suit. The thing about High Court Suits is that parties do not get to meet until the trial itself. If not for mediation, the one- and only-time parties will meet face to face is at the trial. All conferences and applications are attended by counsel.

At the mediation, the parties were still at loggerheads, bristling at each other at every opportunity. The mediator was a very experienced Senior Counsel who was ably assisted by a lady Associate Mediator. She was the only female at the mediation. I have to say, having a female presence there may have helped. Parties refused to look at each other and even though they were seated no more than five feet apart, never addressed each other directly, preferring to speak through counsel. “You tell him …”, “You ask him …” It would have been funny were it not so painful.

As the day went on, however, parties began addressing each other. By late afternoon, the lead mediator asked my client. “So, what do you want?”. My client said, “An apology. No need writing, no need anything. Just apologise, man to man. I will stop suing him. I don’t even want any money.”

Fifteen minutes later, an apology was made, hands were shaking. Everyone went home.

I learnt something that day.

Never underestimate the power of meeting and looking someone in the eye.

Avoid the stress of litigation.

One of the earliest cases I did involve three elderly gentlemen who ran a Traditional Chinese Medicine shop in Chinatown. They were well into their 70s.

When we first met them, they were bright-eyed and bushy-tailed. Must have been all the tonics. They had come over from Hong Kong decades ago. They started a small shop. Now they owned a three-storey shophouse and each of them were millionaires many times over.

The three of them were in a dispute with another party. I will not go into details save to say that the amount they were fighting for was not much, to them at least. They could have comfortably paid it off and they probably would not have noticed. The other party made a reasonable offer to settle very early on. It was rejected.

But the proceedings were intense. It required an examination of their accounts and how they conducted business. They did not realise how stressful litigation was going to be. This was even before trial! 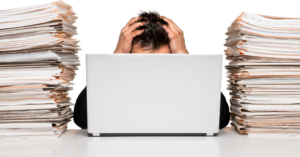 By the time the second year of litigation was out, all three brothers were on medications for stress. So, one and a half years, many visits to doctors and many invoices for legal fees later, they capitulated and paid the amount offered earlier on. I was very disappointed that we had not impressed on them the realities of litigation more forcefully. I was sorry to see their health suffered so badly. I felt quite guilty.

That taught me one thing which I will never forget. Many people do not understand how stressful litigation can be.

I tell most of my clients who want to get into litigation the same thing, or some variation of the same.

“I can fight the Suit for the next few years. It is not an issue for me. This is what I have been doing for the last 15 years. I am used to the stress.

You, on the other hand, are doing this for the first time. I will need information; recollection and I may need it urgently. You or your staff will be going through things that happened years ago. Your recollection will be tested. If it goes to trial, you will be cross-examined. It is extremely unpleasant. Are you sure you want to do this?”

Think twice before you litigate. 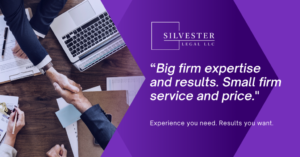