This is the 3rd of this 6-part series on the criminal process. Here, we will look at what happens after an accused has been charged.

In almost every case, it would be beneficial to engage a lawyer to assist the accused with his/her case. Of course, there may be some cases that are so straightforward that engaging a lawyer will not make much of a difference. However, there are many lawyers who provide free first consultations for legal advice.

You should take advantage of this and see a lawyer or two to get an indication of whether you should engage a lawyer for your case. The lawyer will evaluate the merits and downfalls of each case. The lawyer would then be able to advise the client on the various courses of action, ensuring that the client’s interests are looked after. Furthermore, the lawyer can assist the client in making representations to the Prosecution.

However, the discretion to prosecute or not lies with the Public Prosecutor.

Article 35(8) of the Constitution of the Republic of Singapore states: “The Attorney-General shall have power, exercisable at his discretion, to institute, conduct or discontinue any proceedings for any offence.” This power enables the Public Prosecutor to decide who, when and how to prosecute, and is known as prosecutorial discretion. For example, where an accused is facing multiple charges, the Public Prosecutor may only proceed on certain charges, while the remaining charges will only be taken into consideration (“TIC”).

This means that the accused will not be sentenced for the TIC charges, but the TIC charges will be considered by the Judge when sentencing for the proceeded charges. In other cases, the Public Prosecutor may decide not to prosecute the accused altogether. However, this does not mean that the Prosecutor can prosecute whoever they want indiscriminately. The Prosecutor adheres to a set of internal guidelines to ensure consistency. Regrettably, this set of guidelines is not published.

The Statement of Facts (“SOF”) is a written summary of the material facts relating to and describing the offence committed. This is a very important document. If you are found guilty or if you choose to plead guilty to the SOF, this is the primary document the Court uses to determine the sentence that will be levied against you.

To plead guilty is to unreservedly admit to the charge(s) and the SOF without any qualifications. This would allow the judge to convict the accused without trial. Pleading guilty at an early stage can be used to show remorse which may be used as part of the plea-bargaining process (when making representations to the Public Prosecutor). Do note that it is still possible to plead guilty midway during the trial if the accused had initially chosen to claim trial.

During the guilty-plea hearing, the charge(s) will be read out to the accused. The Court will only accept the plea if the Court is satisfied that the accused understands the nature and consequences of his/her plea and is mentally fit to take the plea. It is important to note that the guilty plea cannot be retracted once it has been pled, except in special circumstances, such as where the accused did not know of the consequences of pleading guilty or was pressured into pleading guilty. Once the accused has pled guilty unreservedly to the charge(s) and the SOF, the case will move on to the sentencing stage.

The court may grant a Newton Hearing at any stage of the sentencing process when there is a dispute as to facts which may materially affect the sentence to be imposed. This means that when the accused pleads guilty, the accused may admit to the charge (i.e. committing the offence) but not the SOF. Examples of such disputes of facts include conflicting medical report of the victim/accused and the circumstances in which the offence took place. Newton Hearing is conducted similarly to a trial. At the end of the Newton Hearing, the judge will make a decision on the disputed issue of fact. This decision will then be used in the sentencing process. 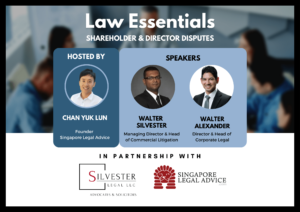 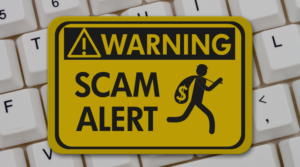 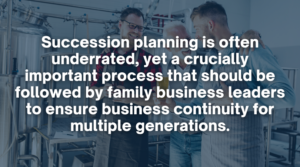 Why succession planning is important in any family business

Why succession planning is important in any family business

What is a Term Sheet?

Declaring bankruptcy, what happens next?